Worcester is a Cathedral City, located north of Gloucester and Cheltenham and south west of Birmingham. The county town of Worcestershire inspired Sir Edward Elgar to write Land Of Hope And Glory and is one of the UK's fastest-growing university cities.

Worcester has a number of public and independent schools, as well as two colleges and the highly rated University of Worcester. Use our Locrating tool on the Property Details page to search for schools in your preferred location now.

Things of Interest in Worcester

Worcester Cathedral is the city's most famous landmark and dates back to 1084. During its long history, the building has survived the collapse of the central tower in 1175 and extensive damage during the English civil war. The Cathedral's west facade appeared with a portrait of Sir Edward Elgar on the reverse of the £20 note issued by the Bank of England between 1999 and 2007.

When it comes to shopping, Worcester has an unrivalled selection of High Street names and independent boutiques. Crowngate Shopping Centre offers lots of choice in the centre of Worcester or discover the hidden gems of Reindeer Court, The Gallery, Friar Street, New Street, The Hopmarket and Broad Street while soaking up the historic setting along the way. 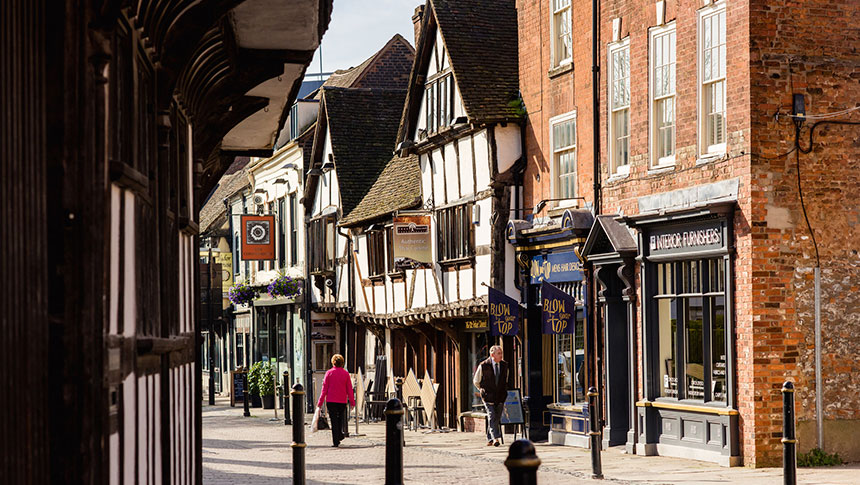 Formed in 1871, leading local rugby team, Worcester Warriors, play their home games at the Sixways Stadium, one of the country's most exciting, dynamic and versatile venues and just a short 15 minute drive from Worcester city centre. The English rugby union club play in the Aviva Premiership, the Anglo-Welsh Cup and the European Professional Club Rugby Competition.

Centrally located in Worcester, New Road has been the home cricket ground of Worcestershire County Cricket Club since 1896 and cricket fans can enjoy County, Test and T20 matches there from May through to September. The ground is also a popular venue for music concerts.

With its picturesque tree-lined track and unique position nestling on the banks of the River Severn, Worcester Racecourse offers a great day out for all the family.

Have you ever dreamed of going on Safari? Take a drive on the wild side at West Midlands Safari Park - just 30 minutes from Worcester City Centre.

Travel In and Around Worcester

Worcester is located within easy access to the M5 which runs north-south immediately to the east of the City and is accessed via Junction 6 (Worcester North) and Junction 7 (Worcester South).

Worcester Foregate Street railway station is situated in the centre of the city & Worcester Shrub Hill is found to the east of Worcester. There are regular services to Birmingham, London, Bristol and Cardiff.

Coaches run frequently from Worcester to many UK destinations.

Places to Explore in Worcester

Worcester has a wealth of parks and green spaces:

You can read even more about what Worcester has to offer at www.visitworcestershire.org.

As Worcester’s Top-Selling Agent, we have a love and in-depth knowledge of the local area and are happy to share that with you. Whether you’re looking to buy or rent, sell or let a property in and around Worcester, contact our friendly team today.